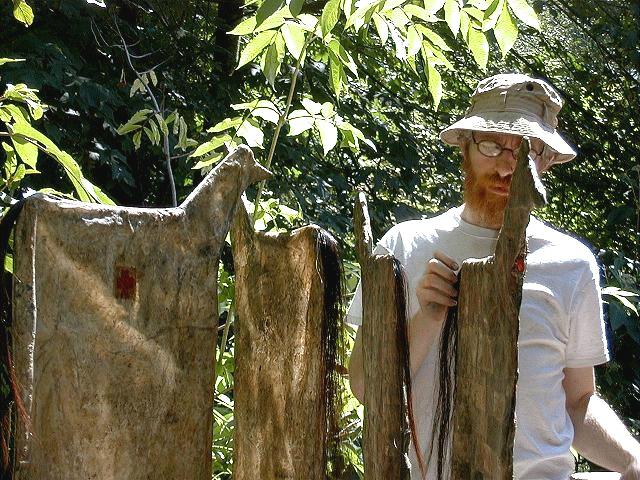 We have had many pets over the years. Pictured here are 2 (center and right) that we found in our neighborhood that were abandoned. We found excellent homes for them since we already had many of our own. The little one at top right came from Old Dog Haven who urgently needed a home for her at 13 years old - she lived another 3 years - and our current Old Dog Haven dog (at left) who was taken to the shelter to be euthanized last October at 12 years old, blind and neglected.

Larry was still experimenting with photography, working with paper negatives and re-working negatives as shown below, taking advantage of the darkroom at work - until around 2005 computers rendered commercial darkroom work obsolete.

in our pet cemetery

back to intro of “about”

back to home page